Sometimes life happens. It never warns you it’s going to, it just sort of springs out of a dark alley and decks you in the face. Hard. But that’s sort of what life is for. Without it aren’t we just… dead? 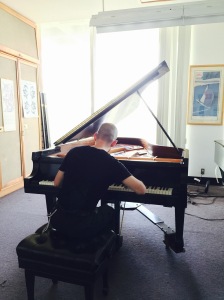 I’ve been really content to whine for the last week about life happening. Well. It hasn’t been a constant whine, but there was some serious malcontent and more than a few tears. My partner in crime and life had a serious accident with a table saw and nearly amputated the tip of his finger. I’ve been told I ought to preface this story with his occupation in order to maximize the depth and intensity of this particular injury: Pianist. Maybe that contextualizes how detrimental the loss of a digit can be.

Spoiler: He’s ok and he will be able to keep the whole finger with some serious physical therapy and perhaps a bone surgery. He’s not out of the woods yet, but there’s definitely a trail now. So take a breath so you can focus on the point here.

His accident precludes him from returning to the graduate program in which he is enrolled for the fall semester; because how can you study an art you can’t actually practice? He is also a composer and a vocalist, but if he can’t play his own stuff there is an issue. Without his return to school we can’t raise what we need to move out of the in-law studio attached to his mother’s house and down to our very own apartment in LA.

The man nearly lost his finger tip, seriously derailed his dream, and I’m sad because we have to postpone our move?

So here’s where the perspective kicks in. And all told, it’s a damn shame it took me as long as it did to find it. He still has his hand. He is alive. I have all of my digits. I live in America. There will be no lapse in jobs for me. We are together with no lack of momentum and there doesn’t look to be anything changing about any of that.

I thought I was better prepared for the hiccups in life because I spent so long focusing in Indonesia on keeping my head in the right place. Sure, this isn’t me complaining because that coffee shop just never gets my order right, but there’s still a lot to be thankful for and I’m sorry to say I couldn’t see any of that for a minute. 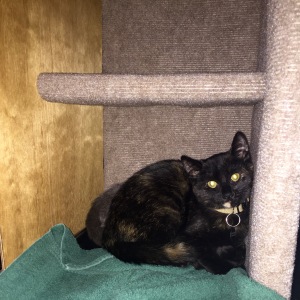 Can you find Ash? Hint: He’s underneath Maple.

Of course, the flip side to that coin is that everyone must be allowed their moment to mourn. When I didn’t get into Yale for grad school I called home crying and my step-dad told me he understood my disappointment and that I was welcome and justified in crying for the day. But that’s it. The next day, he told me, he expected me to be up and ready to figure out what my Plan B was. It’s a piece of advice I’ve taken to heart. So, I took my mandated day (ok…maybe two or three) and I cried about it and now it’s time to move on.

Now it’s time to figure out how to live in the moment while planning for the future instead of getting through today just to see tomorrow. We decided to adopt two lovely kittens and redecorate the Studio. I am studying up for a few exams I need for teachery things and he is catching up on some non-finger slicing work. We have three months at least and four at most until we re-orient on the next southerly step and instead of marking the days off on my comic book calendar I’ve decided to find the awesome in being here. Because life happens and perspective is key.

And there’s cheese here, so it can’t be all that bad.